With the left and right wing constantly at odds, it’s important to remember that we live in the centre of the plane.

A case for playing elite sports in the gender you were born in.

I think almost every woman living in western society can agree that there is no better time to be living as a woman.  No longer are women the property of fathers and husbands; women can own property, work, vote, go to school among other things that were previously banned.

But, it’s not perfect, women still earn $0.82 to every dollar a man makes, women are victim to more incidents of physical and sexual assault and they represent only 25% of C-suite positions and only 6% hold the position of CEO.

To hijack a phrase from the Virginia Slims™ cigarette ad,

One of the most pressing issues facing women today centers around sports: who can and can’t play. I know I’m wading into forbidden territory, but hear me out and look at the numbers.

For so long women’s sports were considered a sidebar to the main event. Women’s team sports were relegated to off hours time-slots, played in small stadiums by athletes who were juggling full-time jobs and child rearing.  Women that  wanted to play sports full time were often constrained to specific sports that were deemed to be female appropriate – sports such as gymnastics and tennis – where they were often sexualized and judged by their physique and attire.  Now, female athletes are having a moment, women’s soccer matches are selling out stadiums in Europe, women in tennis receive the same prize money as men and female Olympians receive equitable endorsement and sponsorship dollars from brands.  This is why we need to be extremely careful when deciding who gets to play women’s sports.

I support the LGBTQ community, I think everyone deserves equal rights, I support gender neutral bathrooms, anti-discrimination laws, gender fluidity and carefully planned sex reassignment surgery.  But when it comes to sports, I feel it is wildly unfair to allow people to play in the gender they identify with instead of the gender they were born with.  I think it would be akin to a 300lb wrestler stating that they identify as a 100lb wrestler so they should be placed in the lower weight category.  It gives such an advantage to people born male that identify as female.  Women in sports, much like the 100lb wrestler, won’t stand a chance.

There is a case to allow transgender girls to play sports with other cisgender girls if they had sex reassignment surgery prior to puberty, but once puberty starts the playing field becomes uneven.  A 2021 British Journal of Sports Medicine study found that even after 36 months of hormone therapy, a transgender woman maintains a statistically relevant amount of their lean body mass, strength and muscle compared to a cisgender woman.  But, even with biological advantages, I think there is a strong case to allow transgender girls to play sports in middle and high-school but, once sports become competitive – specifically funded via payment or scholarship, once they represent a ranking or career, people need to be classified by the gender they were born, otherwise, if you look at the statistics, there will be very few cisgender women playing competitive or elite sports.

According to the Washington Post, .6% – 2% of Gen Z’s identify as transgender and this number is expected to grow.  Time Magazine asserts that 1 in 4 LGBTQ youth define themselves as non-binary.  You may ask why so many and why now – and the answer is simple, because we all love our kids.  After years of study it’s been proven that trying to force non-binary kids to conform to their “birth” gender increases depression and suicide.  In the past, non-binary kids felt strangled by society’s expectations, they felt they needed to hide who they are to be accepted.  So, as a successful society many of us realized it was time to take the stigma out of being transgender.  Without the stigma kids are free to decide how they want to be defined.  Kids that years ago would have felt shame and discrimination for non-binary feelings are now able to express their true selves.

As societal norms change for the better, we need to be cognizant of the unintended consequences.  Just like the 300lb wrestler identifying as a 100lb wrestler, you can’t change biological facts to suit a social movement.  Up until puberty, girls and boys are pretty even athletically, but once puberty hits, boys grow muscles and girls grow fat.  No amount of training will change this fact for cisgender females.  During adolescence, when girls’ breast, hip and fat stores grow, boys gain in all three of the most important factors when it comes to sports – strength, speed, and endurance.

Transgender women only represent a small fraction of society: the current estimate is that they represent 0.63% of  people born male.  But with an average 10-12% performance gap between elite males and elite females, if people born female compete with people born male, very few women will become elite athletes.

As societal norms change for the better, we need to be cognizant of the unintended consequences.  Just like the 300lb wrestler identifying as a 100lb wrestler, you can’t change biological facts to suit a social movement.

A 2021 study  “Transgender Women in the Female Category of Sport: Perspectives on Testosterone Suppression and Performance Advantage” abstract backs up this theory:

The value of sport is undeniable.  Playing sports isn’t just about maintaining a healthy weight and learning to compete, the positive effects of sports affect all aspects of a child’s life, they get better test scores, they are more productive and are less likely to suffer from depression.  Take a look at the statistics in the below chart provided by the Aspen Institute: 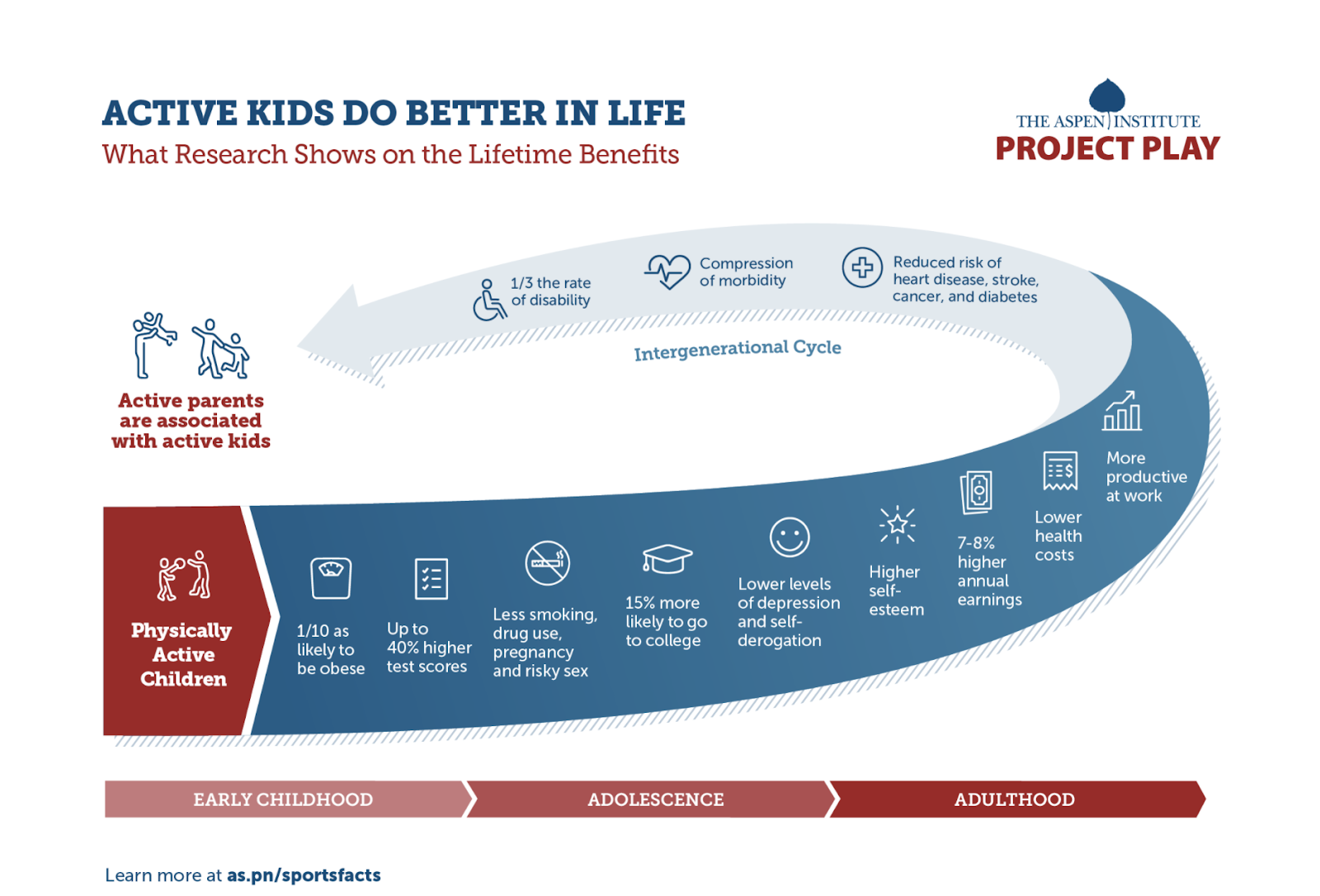 As it stands, based on Rally Report, 1 in 3 girls drop out of sport during adolescence compared to just 1 in 10 boys.  But these numbers are changing, now that we celebrate female athletes more and universities have offered more support and scholarships to female athletes, girls have more incentive to play.  They too can dream of being the next hockey or soccer star.  They clamour for tickets to see women play their sport competitively.  But in almost every category, people born male have an advantage – and in the competitive ring, that advantage would give them the scholarship, give them the gold, silver and bronze, place them on the team.  People born female would be pushed back to the sidelines in sports, with only a fraction of them making the competitive “salaried” teams.

While I champion the advancements in transgender rights, and believe in gender fluidity, I don’t believe society should support such an uneven playing field when it comes to sports.  When 50% of the population can’t physically compete because of their birth gender – we have a problem.  The 10-12% gain in muscle mass people born male receive during puberty is enough to guarantee almost all women’s sports will feature more transgender women than cisgender women.  We need to take the stigma out of being non-binary.  We need to do whatever we can to support the LGBTQ community, but we need to draw a line in the sand when it comes to supporting people born female. 50% of the population need equal access to scholarships, funding and careers in sports, if we don’t, it really will be a mans world.